Common Problems With The Mercedes-Benz Sprinter 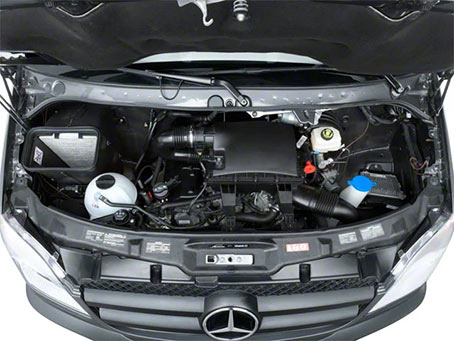 The Mercedes-Benz Sprinter is considered a dependable workhorse and one of the most popular vans by drivers. The Sprinter van runs on a diesel engine and can run over 300,000 miles. As long as you stay up on regular maintenance, this van will last you for a very long time. Like all vehicles, the Mercedes-Sprinter does come with issues that we are going to cover in this article.

A faulty DEF heater in the 2020 model and newer Sprinters is a common issue. The heater element burns out which will lead to the engine light coming on. This is not usually a problem during the summer months but can become one during the winter months and in colder climates. If you ignore this issue, it can lead to an active start countdown.

Leaks from the exhaust, coming from the flex pipe, can melt the nearby wiring causing the engine to shut off, not restart, and start the counter.

The No Start Count Down Dep-Counter

The Sprinter 2010 and newer models with Bluetec will start counting down any remaining start cycles if there are issues with the DEF AdBlue system. If the DEF level is not watched and runs out or the Nox sensors and other components that are related to the DEF/Adblue system will also fail.

If the countdown has started, it’s strongly recommended you have your van diagnosed before it gets to the last few remaining start cycles. 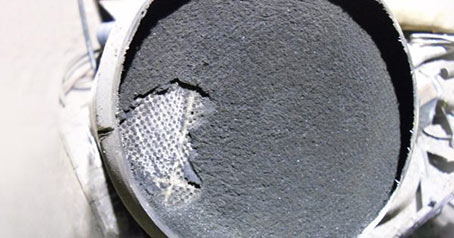 Sprinter’s DPF, or Diesel Particular Filter, grabs soot from the exhaust so you will not see black smoke leaving the exhaust. The DPF will gather soot until it reaches a level to perform regeneration. During regeneration, the ECU will cause the DPF to reach a very high temperature, approximately 1,200F, and burn the soot. Also, if the ash builds up inside the DPF, it will not burn out if you are using the wrong engine oil.

The DPF can clog and restrict exhaust flow. If the content of ash is too high, you can manually force DPF generation with SDS Start Scanner. If that fails, your only option is to replace the DPF.

Issues That Can Prevent DPF Regeneration

If not properly corrected, the exhaust will have severe restrictions. The van will lose power as the clogging increases.

Sprinters have a Limp Mode which is a safety feature to protect the engine from damage. It can be activated if you push the engine too hard to its limit. When MIL illuminates or the check engine light starts flashing, that is an indicator of Limp Mode.

It’s trying to lower engine power to prevent any further damage to affected components. The onboard computer, or ECU, will switch the turbo off to reduce power, forcing the driver to get the van to a reputable Sprinter shop and have it serviced. 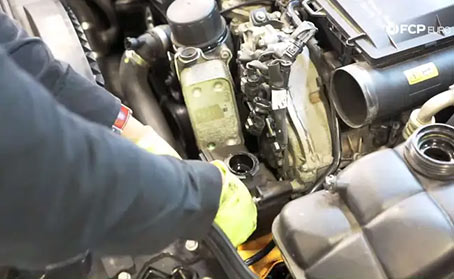 Oil cooler leaks are common on the 2007 to present models with the OM642 engine. The oil cooler seals are where most of the engine oil leaks take place.

As of late, Mercedes has updated the seals with a better material made from Viton which increases their life. Because reaching it can be difficult, the oil cooler can be expensive to repair. The turbocharger, intake manifold, and other parts have to be removed to gain access to it.

Just like all diesel engines, the glow plugs and modules in the Sprinter will not last forever. Sometimes the plugs will break off in the cylinder head.

There is a special tool to drill out and extract the glow plug without removing the cylinder head. Pricing can vary on glow plugs, depending on the engine and year.

Another problem usually called “Black Death” is the copper seal ring which is located in the middle of the injectors and cylinder head. It deteriorates and can cause combustion gasses to escape. In turn, the black tar and coal-like material will accumulate over the fuel injectors.

Removing and/or replacing injectors are usually caused by copper seals not being replaced with new ones or seals not being correctly installed. It can allow for combustion gasses to leak over time. This will depend on the severity of the problem. If you smell an unusual exhaust or fuel odour when the engine is running or you can hear it puff.

Depending on how serious the issue is, it can lead to many hours of breaking down and loosening the black death build-up and securing the injector to change the seal. In some cases, the injector and cylinder head will have to be removed to get rid of the tar.

Sounds From The Torque Converter

A rumbling sound from the Torque converter can result from a few things including the wrong transmission fluid oil or not the right fluid level but the most expensive problem is when the lock-up clutch of the Torque Convert wears out.

This problem can affect any Sprinter except the four-cylinder engines. To repair it will be costly because the transmission will need to be pulled down and the Torque Converter and transmission will have to be rebuilt and reinstalled.

All-in-all, Sprinter vans are tough and require low maintenance. That said, when you understand them, you will find they are usually in need of various maintenance and will require a lot more attention than you ever thought.

The Mercedes-Benz Sprinter is a very reliable commercial van and it has proved itself over years. If you own a Mercedes-Benz Sprinter in or around Manchester and it’s due for service or if you suspect a problem with your van, drop in to our van centre in Manchester. We will take good care of your van and you will get high-quality and friendly service at reasonable rates.

For VW van servicing  in Manchester and North Manchester, Bury, Oldham, Bolton, Rochdale, Tameside etc, contact us or call us on 0161 628 5270 at the Van Centre Manchester, with decades of experience our specialists are sure to service or repair your Sprinter to a high standard without breaking the bank.