The other thing that we noticed is that vans in the 2 to 3.5 tonne category are most in demand. The pickups come next, followed by 2 to 2.5 tonne vans and smaller vans below 2 tonnes. The registration figures given here are accurate for the period from January to September 2021. 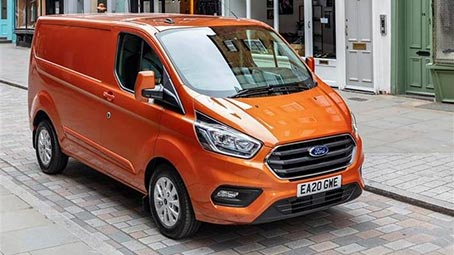 With 39,503 registrations, the Ford Transit Custom is way ahead of the competition when it comes to van sales. That’s not surprising considering that it was Auto Express Van of the Year in 2021. This model has several variants. You get options of two wheelbases, double sliding side doors or 50:50 split rear doors.

The Ford Transit Custom is powered by a 2L diesel engine with a variety of outputs. You also have the option of a 6-speed Powershift automatic transmission. There is also the new PHEV (plug-in hybrid version) with a single speed automatic transmission and a driving range of up to 27 miles on electric power.

Since 1965, the Ford Transit has done much of the heavy lifting in the UK. When it comes to large vans, the Transit, currently in its fourth generation, is still the most popular model. It had 24,898 registrations during the period.

The Transit is available in various options giving you three body lengths and two heights to choose from. In addition, there is a double cab body option. Over the years, it has built a solid reputation for its comfortable ride and handling. Now, the all-wheel drive is also an optional feature. Besides a new 5-tonne model, the Transit line has recently received an upgraded driver assistance system.

Among Ford vans, the Transit, powered by its dependable 2L EcoBlue diesel engine, provides the best load capacity. It also comes with a mild hybrid alternative. This variant has a small electric motor driven by batteries, which works with the conventional engine and reduces fuel consumption when power requirements are low.

Learn about the common problems with the Ford transit. 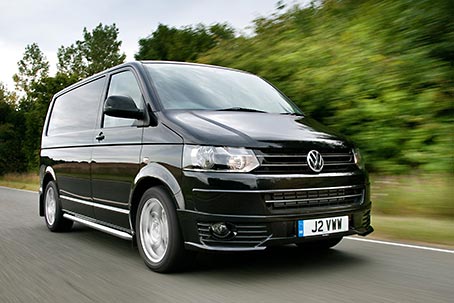 With 17,478 registrations, the VW Transporter takes its rightful place alongside the Ford Transit. The first generation of this van was launched in 1950 and the latest T6 is its sixth generation descendent. The T6 came to the market in 2016 and it has retained the popularity of its earlier versions. Sales have remained robust.

The T6 is also popular in the used van market. Besides winning the Best Large Van title at the Fleet News Awards, 2021, it has also won the Used Van of the Year title in the What Van? Awards, 2019.

The transporter is a high-tech premium van. It’s sturdy, very comfortable and comes with a choice of high-tech fuel-efficient engines. VW is keeping up with the fast-developing market of electrically powered vans. It’s ABT e-Transporter 6.1 can go up to 82 miles on a single charge. The battery can be charged in just 45 minutes to 80% capacity with a 50kW fast charger.

Learn about the common problems with the VW Transporter T5.

The Sprinter won the Best Large Van title at the Business Vans Awards, 2021. The third-generation Sprinter, launched in 2018, also got excellent reviews. With 17,345 registrations, the Sprinter runs neck to neck with the VW Transporters when it comes to popularity.

The Sprinter is available in several variations. You can choose between three wheelbases, three roof heights and four vehicle lengths. You also have the option to go for the elegant nine-speed automatic transmission. An AWD (All Wheel Drive) model was also recently released. When it comes to van selection, there’s no doubt that the Sprinter is a wise choice.

Mercedes has also launched the electric version called the eSprinter in 2021. It has a single-speed gearbox and a range of up to 95 miles. With an 80kWh rapid charger, it can be charged from 0 to 80% in just half an hour. It can also be fully charged overnight. 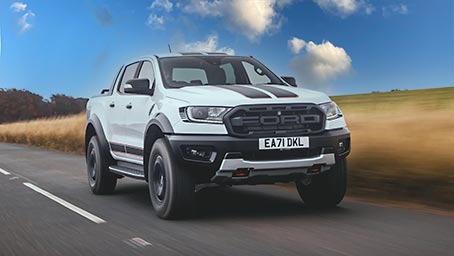 With 14,555 registrations, the Ford Ranger is the most popular pickup in the UK commercial vehicles market. It’s a comfortable, sturdy and versatile pick up with good ability to negotiate bad roads and even go off road. It can also tow up to 3.5 tonnes.

The Ranger has several variants like the single, double or super cab. The double cab is also a family friendly vehicle and is perfect for a small business that uses the van for both commercial and personal purposes.

In 2019, the Ranger received a performance enhancement besides improved fuel economy, connectivity and driver assistance technologies. No wonder it won the Pickup of the Year award at the 2021 Auto Express New Car Awards. With a new model expected in 2022, the best Ranger is probably yet to come.

With 13,305 registrations, the Vauxhall Vivaro is not far behind the Ranger when it comes to popularity. This award-winning van is built in Britain and is a match for the Ford Transit. The Vivaro was developed alongside the Peugeot Expert, Toyota Proace and the Citroen Dispatch.

With 8618 registrations, the Citroen Berlingo has its place in the popularity list. It was jointly awarded the Compact Van of the Year at the What Van? Awards 2021 along with similar vans like the Peugeot Partner, Toyota Proace City and the Vauxhall Combo Cargo.

There are several variants of the Berlingo. You can choose between two different van lengths. A crew van variant is also available. There is a variety of petrol and diesel engine options and several optional upgrades like driver assistance and safety systems. It comes with a smooth and quick EAT8 eight-speed automatic gearbox.

There are versions of all the four vans with electric drive trains. They are named Toyota Proace Electric, Vauxhall Combo-e, Peugeot e-Partner and Citroen e-Berlingo. 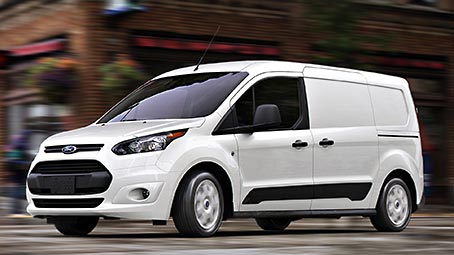 The next van on this list is the Ford Transit Connect compact panel van with 8404 registrations. It was first launched in 2002 and is currently in its second generation. The current version first came in 2013, but it got a complete makeover in 2018. You can choose between the 1.5L EcoBlue diesel or the 1L EcoBoost petrol engines and the latest safety kit.

The Transit Connect comes in variants with standard or long wheelbases and a double cab version. The later has another row of seats and sliding side doors for better access. The Connect is comfortable and easy to drive thanks to its very practical load area.

The Peugeot Partner is a smart choice and offers a range of efficient petrol and diesel engines with manual or automatic transmissions. It also offers a good choice of safety and driver assistance systems. You can also opt for the innovative digital I-Cockpit. 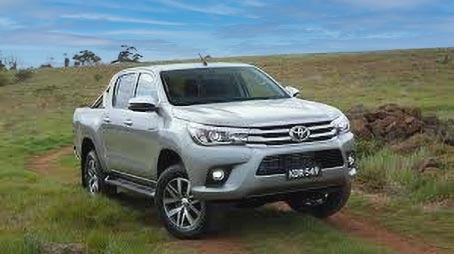 With 8074 registrations, the Toyota Hilux is the final entry of our top-10 popularity list of commercial vans of 2021. The Hilux is also UK’s second most popular pick-up truck. It has an unbeatable reputation for durability and reliability.

The 148bhp, 2.4L four-cylinder diesel engine of the Hilux gives a maximum towing limit of 3200kg. It can carry in excess of a tonne. There are several cab options. You can choose between Single Cab, Extra Cab and the Double Cab. The last one is the most popular version. The Hilux is popular as a rugged and reliable pick-up van and the latest version is also family friendly according to CarBuyer.

Volksmaster is trusted by thousands of regular customers. We service, repair and MOT vans from all the main manufacturers and we offer fleet servicing packages. Book your service, repair or MOT using the form below.

Alternatively you can contact us or call 0161 628 5270 to discuss how we can help you get the maximum from your vans.