The Most Common Problems Found With The Ford Transit

he Ford Transit has been in production since 1965 and is considered one of the most popular, top-selling vans to date. There have been 4 generations of this van with significant changes with each generation.

This vehicle is globally popular and the third best-selling van across the board. Auto critics and owners who have chosen this vehicle over other models have praised the Transit for its reliability and trustworthiness.

While the Ford Transit has made its mark among the leading cargo vans, it has had its own share of problems over time. We have listed the most common problems for you to read through and maybe even relate to. 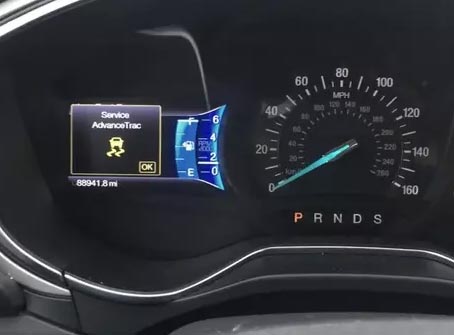 This has been one of the leading problems owners have encountered and complained about, have been reported on the 2016 model. Owners have reported that the check engine light comes on just before the vehicle loses power and want to know why.

The fuel filter is responsible for blocking debris from entering the fuel system. The downside, the fuel filter itself can become clogged up over a period of time, causing the obstruction of fuel flowing into the engine.

When the fuel filter clogs, it’s difficult for the van to gain enough power to speed up or climb a gradient. Also, the air filter which keeps debris away from the combustion chamber can also become clogged. A clogged air filter can cause the engine to lose significant power.

When the fuel injector clogs, it can cause the van to lose power. When it becomes clogged with dirt, it blocks the flow of fuel to the engine and reduces the vehicle’s power. You might also notice the engine misfiring, stalling, and/or creating a fuel odour.

The exhaust system is another component that can become clogged and create a loss of power in the Ford Transit. Over time, the exhaust may pick up debris including gravel, leaves, and other elements which will affect its functionality.

If you are dealing with a loss of power, check the exhaust and blow out the debris.

Like other vehicles, the Transit has valves and a head gasket that controls compression in the engine. If the components become faulty, the compression will run poorly causing the vehicle to lose a lot of power.

The engine light comes on to let you know there is a problem with the engine but it can also cause the engine to stall. The engine warning light can also reduce power output to help reduce the chances of an accident.

There are several reasons why the Transit loses power so it’s a good idea to have a qualified technician diagnose the problem and offer the best solution.

Research has shown that many owners of the Ford Transit have found problems with the brakes. All researchers seem to agree that the van’s brakes are not durable, especially the rear brakes. This has been a problem since the Transit models starting in 2015.

The Misalignment Of Brake Pads

When installing new brake pads, it’s important they are aligned properly. If they are not, it could lead to wearing out too quickly.

The best option, get new superior brake pads and be sure your technician installs them correctly. 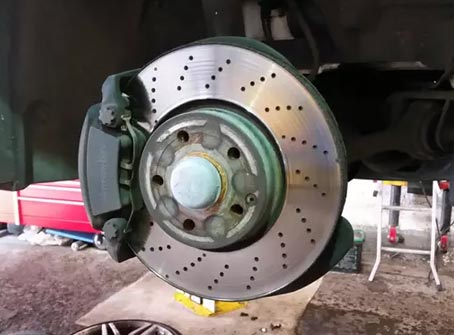 The Ford Transit, along with other modern vehicles, is now equipped with traction and stability control systems. These systems are welcomed by owners as they keep the vehicle safer, these programs are also the reason why the rear brake pads wear out faster.

The Electronic Brake Force Distribution often applies to the rear brakes preventing the vehicle from skidding. The distribution assigns some weight from the front to the rear for better stability.

While this seems like a great feature, it might be the reason why the Ford Transit’s rear brake pads wear out faster than before.

Other features that engage the rear brake pads include traction control, stability control, and automatic hill descent to name a few.

The brake caliper is responsible for connecting the brake pads and the rotors in order to slow down the wheels and stop the vehicle. That said, the calipers seem to get stuck which can leave the pads clasped to the rotors and eventually wear out the brake pads.

Conflicting driving conditions are some of the most common reasons for brake pads wearing out too quickly.

Certain road situations such as hard braking in off-road conditions, traveling long distances, and spending a great deal of time in traffic will put added pressure on your brakes. It can cause pads to wear out faster than brake pads that are not used in these situations.

Reducing the stress on your brake pads can help them last longer but that’s not always possible. It’s advisable to get the best brake pads on the market and have them installed by a certified expert.

Brake pads should be replaced often as they only last between 25,000 to 65,000 miles. If you have concerns about the brake pads, we advise consulting with a technician and asking for the best brake pads. If you can, try to reduce the strain on the brake pads by avoiding traffic and other similar conditions causing the use of the brakes more often.

3 – Below Average Cooling From Your AC 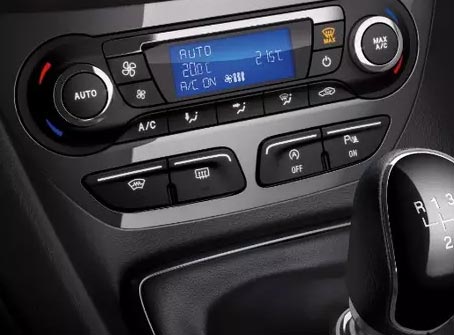 During the summer months, it can get very hot and all you want to do is turn on your air conditioner as high as you can set it. Unfortunately, there are Ford Transit models that have poor air conditioning systems that will not cool below 80° Many owners have complained and gone to forums to express their frustrations. It seems the cooling problem is more common in the Transit 2015 model than other models.

If you run the air conditioner in your car for a long time you can have a buildup of debris clogging the vents. This will prevent your AC from delivering the cooling you are looking for. It’s advised you have the AC serviced twice a year to get the debris out of the vents.

Many things can be responsible for a short circuit including an incorrect installation of accessories, age, and wear and tear. A short circuit can affect the performance of your AC or even shut down the operation altogether. Although fixing a short circuit is not complicated, it’s highly recommended you have it fixed by an expert.

The condenser is a component in the air conditioner that keeps the air icy cold and converts hot air into cold air. Over time, the component can get clogged with debris causing overheating and affecting the cooler. A qualified technician can fix this problem easily.

The compressor in the air conditioner circulates cool air. If the compressor is damaged, the AC will blow out hot air which will prevent the cooling process. 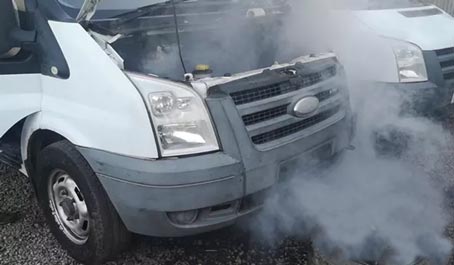 One of the common reasons for a below-average cooling system is a clogged cabin air filter. This can be corrected by opening the dashboard holder and removing the filter to check for dirt. If the filter is loaded with dirt or is damaged, you have to get a new filter to return cool air back into the cabin.

TDCI engines can blow out black smoke and lose power due to the Exhaust Gas Recalculation valve sticking. Try removing the pipe or connector and then gently tap the valve to get it to close. You might need to leave it disconnected until the valve can be replaced which will cause the Engine Management light to stay on.

5 – The Temperature Sensor Cuts Out

Later models of Ford will measure the temperature of the metal instead of the coolant. To prevent damage, should the engine overheat, the computer will shut down the engine. If the sensors go bad, the van will not start or stop.

Newer Diesels are fitted with Dual Mass Flywheels. There are two flywheels joined together by springs and dampers to smooth out vibrations. However, they can wear out and under load they will distort, moving the flywheel away from the Crankshaft Position Sensor or hitting it. Losing power and possibly cutting out, the vehicle will probably restart normally. A new and expensive flywheel is the only real cure.

Volksmaster is trusted by thousands of regular customers. We service, repair and MOT vans from all the main manufacturers and we offer fleet servicing packages. Book your service, repair or MOT using the form below.

Alternatively you can contact us or call 0161 628 5270 to discuss how we can help you get the maximum from your vans.